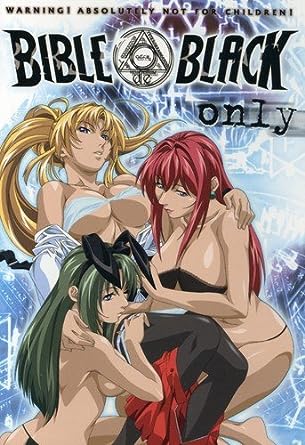 Bible Black 2: The night of Walpurgis is approaching, every 12 years, through the Black Bible you can invoke a demon to get the greatest diabolic powers in exchange for the soul. For this, the sacrifice of a beautiful girl is needed.

On the last night of Walpurgis, in the basement where the ceremony was to take place, something went wrong … 12 years later, Minase a young student, discovers that basement and goes down to the strange room, where he finds a book written in Latin , the Black Bible.

A book of black magic with which Minase can unleash the lowest passions of her companions. After having used it with Shiraki, the explosive president of the student council and with another classmate, a girl very interested in black magic approaches Minase willing to do anything to confess her secret.

On the other hand, the red-haired drawing teacher Takashiro-sensei and the center nurse Kitami, show signs of knowing the history of that powerful book and what happened in that basement 12 years ago, keeping abreast of Minase’s movements.

And between so much mystery, the childhood friend of Minase, Imari notices that something strange happens to her and that she has changed her way of being, discovering later what is happening and being chosen as the sacrifice in the night of Walpurgis. Will Minase be able to avoid it?

Want to see more episodes of this anime?
All Episodes HERE !!

Enter the username or e-mail you used in your profile. A password reset link will be sent to you by email.